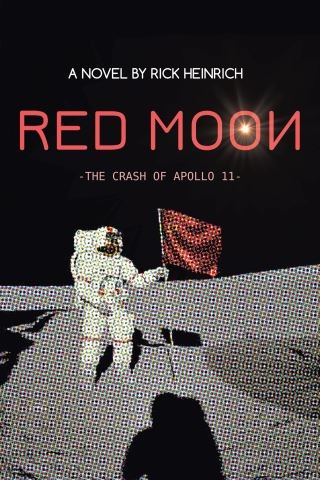 The Crash of Apollo 11

JULY 1969. Apollo 11's lunar module Eagle has crashed against the Sea of Tranquility killing astronauts Neil Armstrong and Buzz Aldrin. As Michael Collins returns to Earth alone, the country mourns and then demands answers; NASA and the United States space program is thrown into turmoil.

ON the other side of the world the Soviet Union re-energize their own lunar program and race to launch a mission and upstage the wounded Americans - but can they navigate their own political and technical challenges in time?

WHO will win the race to safely land a man on the MOON?

Rick Heinrich has worked as an army intelligence officer and a political diplomat, with extensive experience representing Australia abroad in both fields. Whether it was with a combat unit in Afghanistan, or an embassy in Iraq or Indonesia, Rick has enjoyed tending to his interests in astronomy and writing, both of which have born a labor of love in the form of his first novel Red Moon.