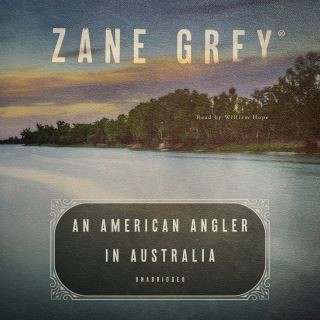 An American Angler in Australia

Australia brings to mind images of the Great Barrier Reef, great white sharks, huge crocodiles, and friendly people. Zane Grey fished everywhere, but he often found himself lured back to the Pacific especially around Australia and New Zealand.

Most of the fish caught in An American Angler in Australia are sharks: great white, tiger, and even a few carpet sharks. But Zane Grey found that one can’t go big game fishing in Australia and not expect to be teased by marlins.