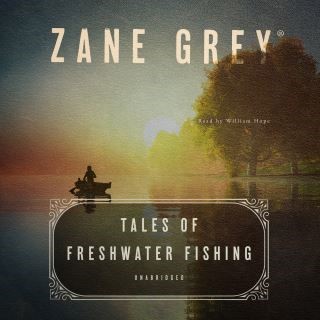 Zane Grey, known and loved primarily for his Western novels, was an avid fisherman. When his writing started paying off, he managed to spend as many as three hundred days a year enjoying the sport. And while he is remembered for his record-breaking catches, such as the 464-pound marlin caught off the coast of Tahiti, Zane Grey also enjoyed freshwater fishing for bass, trout, steelhead, and salmon.

In Tales of Freshwater Fishing, Grey recounts his expeditions on the Delaware River, off the West Coast of the United States, and in British Columbia.