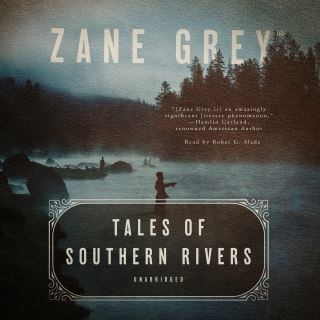 When not writing his famous Western novels, Zane Grey was an insatiable angler. Tales of Southern Rivers recounts his tales of fishing in the Gulf of Mexico, the Florida Keys, the Everglades, and on remote rivers in the jungles of Mexico. With many of these venues being some of today’s most popular saltwater fly-fishing destinations, no one will want to miss these highly entertaining and informative stories. Armchair fishing will never be the same.

Zane Grey (January 31, 1872–October 23, 1939), born in Ohio, was practicing dentistry in New York when he and his wife, Lina Roth (Dolly) Grey, published his first novel. Grey presented the West as a moral battleground in which his characters are destroyed because of their inability to change or are redeemed through a final confrontation with their past. The man whose name is synonymous with Westerns made his first trip west in 1907 at age thirty-five. Riders of the Purple Sage (1912) was his bestselling book. More than 130 films have been based on his work.