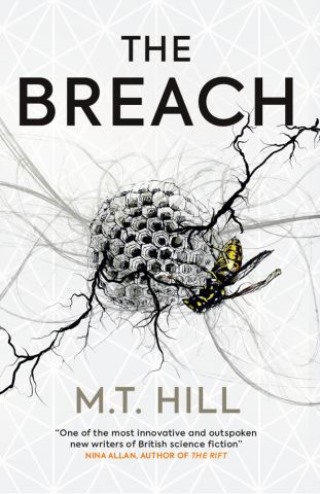 From Philip K. Dick Award-nominated author M.T. Hill and selected as The Times 'Best Book of the Month', The Breach is a unique science fiction mystery set in the dangerous underground world of the urban exploration scene.

Freya Medlock, a reporter at her local paper, is down on her luck and chasing a break. When she's assigned to cover the death of a young climber named Stephen, she might just have the story she needs. Digging into Stephen's life, Freya uncovers a strange photo uploaded to an urban exploration forum not long before he died. It seems to show a weird nest, yet the caption below suggests there's more to it.

Freya believes this nest - discovering what it really is and where it's hidden - could be the key to understanding the mysteries surrounding Stephen's death.

Soon she meets Shep, a trainee steeplejack with his own secret life. When Shep's not working up chimneys, he's also into urban exploration - undertaking dangerous 'missions' into abandoned and restricted sites. As Shep draws Freya deeper into the urbex scene, the circumstances of Stephen's death become increasingly unsettling - and Freya finds herself risking more and more to get the answers she wants.

But neither Freya nor Shep realise that some dark corners are better left unlit.

M.T. Hill: M.T. Hill grew up in Tameside, Greater Manchester, and now lives on the edge of the Peak District with his wife and sons. He is the author of Zero Bomb, The Folded Man and 2016 Philip K. Dick Award nominee Graft.