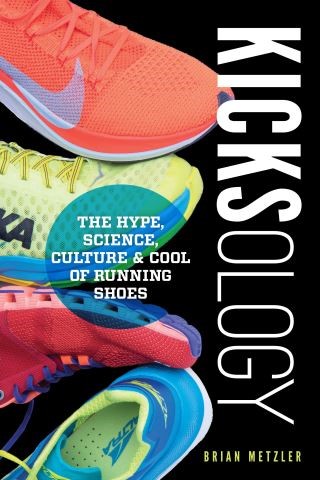 · Running is America’s most popular fitness activity with over 51 million participants and 19 million who ran at least 100 days last year.

· Publicity consideration in health/fitness and outdoors media including Outside, Men’s Journal, Men’s Health, Women’s Health, SHAPE, SELF, FitSugar, and more.

A running shoe geek since his prepubescent cross-country team days, Metzler has run more than 75,000 miles in his life, tested more than 1,500 pairs of running shoes, run focus groups for several running shoe brands, raced every distance from 50 yards to 100 miles, raced to the top of the Willis (Sears) Tower in Chicago, run a marathon on top of the Great Wall of China, completed two high-altitude 100-mile ultraruns, completed four Ironman triathlons, and regularly races with donkeys in Colorado.

Metzler was the founding editor and associate publisher of Trail Runner and Adventure Sports magazines and was a senior editor at Running Times as well as Editor-in-Chief of Competitor magazine and Competitor.com. He has written about endurance sports for Outside, Runner’s World, Triathlete, Inside Triathlon, Men’s Health, and Men’s Journal. He is the author of Running Colorado’s Front Range and co-author of Natural Running with Danny Abshire and Run Like a Champion with Alan Culpepper.