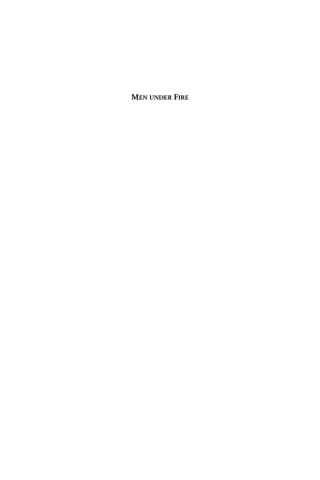 Motivation, Morale, and Masculinity among Czech Soldiers in the Great War, 1914–1918

In historical writing on World War I, Czech-speaking soldiers serving in the Austro-Hungarian military are typically studied as Czechs, rarely as soldiers, and never as men. As a result, the question of these soldiers’ imperial loyalties has dominated the historical literature to the exclusion of any debate on their identities and experiences. Men under Fire provides a groundbreaking analysis of this oft-overlooked cohort, drawing on a wealth of soldiers’ private writings to explore experiences of exhaustion, sex, loyalty, authority, and combat itself. It combines methods from history, gender studies, and military science to reveal the extent to which the Great War challenged these men’s senses of masculinity, and to which the resulting dynamics influenced their attitudes and loyalties.

Jiří Hutečka is Associate Professor and Director of the Institute of History at the University of Hradec Králové, Czech Republic. He holds a doctorate from the Palacký University in Olomouc and has published several books in the Czech language.