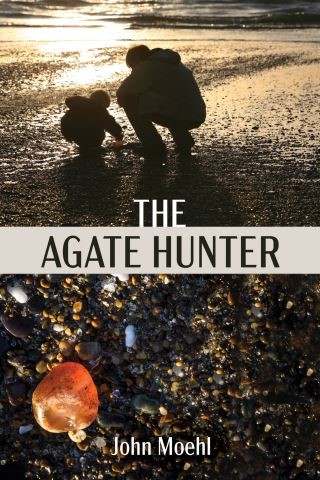 Growing up spitting distance from the crashing and churning Pacific Ocean, Eddie Hall finds he has quite the talent for spotting agates. As his love for combing his favorite beaches grows, his eye and knowledge of nature sharpen. Despite his love for the shore, he feels a pull to find his course through life. As with most, it is a question of taking the lead or getting pushed from behind. Eddie is truly not sure where he wants to lead himself. But, through luck and hard work, he finds his way as a surveyor and meets the woman of his dreams. The two, deeply committed to each other, join a common path that leads across the United States and through Europe and Africa. But, as Eddie digs deeper into work, he finds himself entangled in dilemmas that his mind may try to ignore but that his heart can never forget. The more levels of corporate corruption Eddie uncovers, the more he realizes he must fight to make a difference. With the help of those close to him, Eddie uses his keen agate-hunting eyes to scan for any clues he can find to help bring the truth to the surface.

John Moehl: John Moehl was born in a sawmill town in eastern Oregon, but moved to the savannahs of Central Africa when he joined the Peace Corps in the early 1970s. For most of the following four decades, he lived and worked in Africa. Since his retirement from the United Nations in 2012, and his return to his native Oregon, he has devoted his time to writing about his experiences and the people he was fortunate enough to know.