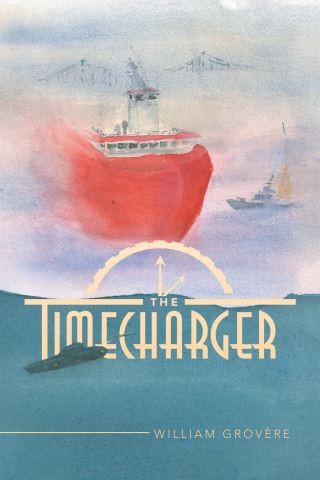 In the 2060’s, a scientist at a French laboratory, named Cédric Rothschild, discovers how to fabricate miniature black holes by assembling neutrons into clusters. These supermassive objects have the property of modifying the speed of light in nuclear reactions, enabling a new type of ship propulsion called microfusion reactors. The discovery transforms maritime technology, and ushers in a new era in global commerce and travel––most notably, by cruise ships. An unanticipated consequence of the technology surfaces, however, when it is discovered that neutrons assembled in certain ways also had the property of modifying time locally by a process called timecharging, with the potential to destabilize the global balance of power in a way not experienced since the nuclear arms race. An unlikely heroine with a long naval pedigree named Sandi Brundt––a junior officer recently graduated from the Maritime Academy in Copenhagen––is called into action during an attempted hijacking of her cruise ship on the high seas by a band of pirates working for a notorious extra-national group called The Syndicate, intent on stealing the timecharger device and gaining world domination by deploying it for evil purposes. The ensuing high adventure propels Sandi to become a ‘dragon-slayer’ in a global conflict between good and evil in the post-modern age when empires no longer controlled the world.

William Grovère: William Grovère is a retired scientist residing in Villefranche-sur-Mer, France. After a corporate career working in research and development for a major American company, Grovère now applies lessons learned from his scientific endeavors and ideas contemplated throughout his life to the realm of fiction. He writes in a style called “science future”, after the model of Jules Verne, where details of how things might work fifty years in the future are described—exploring technology innovation in great detail as it might impact his grandchildren when they reach his age. As a serious scientist having authored many scientific publications and holding several patents, he weaves plausible science into various adventures involving fictitious characters caught up in the unexpected consequences of technology that advance more rapidly than people are able to assimilate it.