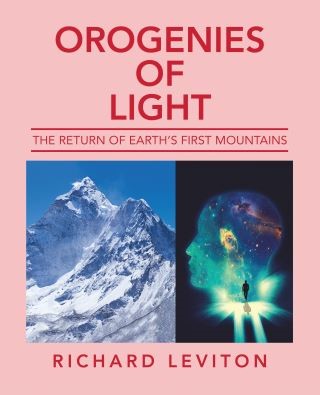 The Return of Earth’s First Mountains

ONE DAY IN 2084 EARTH’S ORIGINAL MOUNTAINS SUDDENLY REAPPEARED ON THE PLANET—AS 85,000 DOMED CANOPIES OF LIGHT FROM THE STARS. The story of this return is told by Blaise, a well-informed but mysterious figure who claims to be an engineer 134 years old and part of an ancient team that first designed the planet. It’s a chronicle of his last field assignment, a unique career retrospective, and a firsthand account of the momentous return of the domes. These are giant half-spheres of Light that originally helped create the biosphere and were the Earth’s first mountains. They generated the Earth’s sacred sites and the mythic homes of the gods and linked them all in a global pattern of Light. The domes arrived all at once and started to reorganize the global landscape. It was their fourth visit, and it would be several perilous years as the planet adjusts to it. Blaise and his team of geomancers travel across the Earth and time to deal with the unprecedented perturbations set in motion by this celestial rescue of the planet. Problems are rife—the revolt of Pan and the Nature Spirits, the continuing dark interference by humanity’s ghostly forebears, the resurgence of Babylon and its imperious agenda, and the planet’s dangerous drift towards becoming flattened like a hockey-puck. But the opportunities are fabulous too as the planet enters an era of unceasing Light and beatific conditions. The return of the domes lays bare the true history of the Earth, how it diminished from perfection, the benign superintendents of this bold experiment, and who its earliest inhabitants were and the massive problems they created which still affect us today. It is a genuinely apocalyptic moment, as the Earth reveals its original bright pattern of energy and consciousness and starts at last to fulfill its destiny.