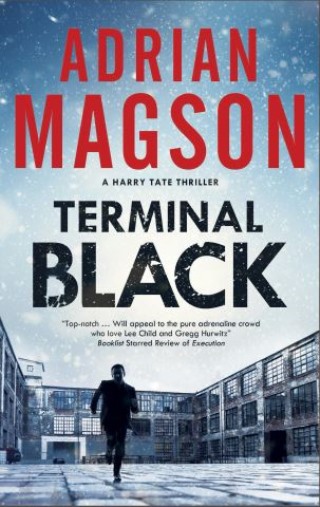 Former MI5 agent Harry Tate is drawn back into the field when an old friend goes missing – and discovers the stakes could not be higher.

Harry Tate has one rule: you don’t abandon your friends. When he learns that former colleague Rik Ferris has had a breakdown and disappeared, allegedly in possession of highly sensitive secrets from MI6’s archives, he agrees to look for him and, if possible, bring him back in. But where to begin? Rik could be anywhere in the world.

All Harry knows is, if he doesn’t find Rik, others will be sent out instead. And they won’t play by the same rules.

What Harry doesn’t know is that Rik is being held prisoner and tortured for information relating to a high-level mole in the British establishment. If he doesn’t tell his captors what he knows, it will result in a devastating cyber attack designed to bring the UK to its knees.

Adrian Magson: Adrian Magson is the author of more than 20 crime and spy thrillers. As well as the Harry Tate series, he is the author of the acclaimed Marc Portman thrillers, Lucas Rocco and Riley Gavin/Frank Palmer series. He has also written a writers’ help book based on his ‘Beginners’ column in Writing Magazine. He lives in Gloucestershire.