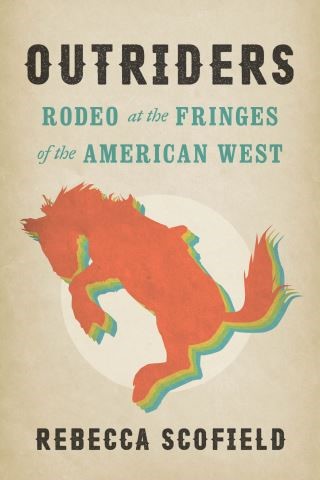 Rodeo at the Fringes of the American West

Rodeo is a dangerous and painful performance in which only the strongest and most skilled riders succeed. In the popular imagination, the western rodeo hero is often a stoic white man who embodies the toughness and independence of America’s frontier past. However, marginalized people have starred in rodeos since the very beginning. Cast out of popular western mythology and pushed to the fringes in everyday life, these cowboys and cowgirls found belonging and meaning at the rodeo, staking a claim to national inclusion.

Outriders explores the histories of rodeoers at the margins of society, from female bronc-riders in the 1910s and 1920s and convict cowboys in Texas in the mid-twentieth century to all-black rodeos in the 1960s and 1970s and gay rodeoers in the late twentieth century. These rodeo riders not only widened the definition of the real American cowboy but also, at times, reinforced the persistent and exclusionary myth of an idealized western identity. In this nuanced study, Rebecca Scofield shares how these outsider communities courted authenticity as they put their lives on the line to connect with an imagined American West.

Rebecca Scofield is assistant professor of American history at the University of Idaho.