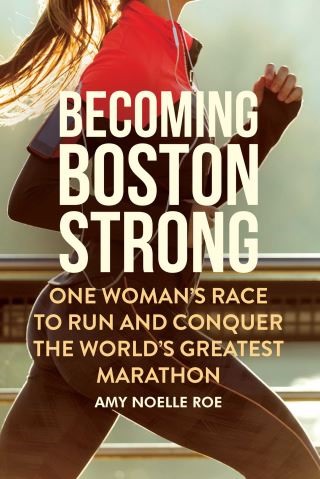 One Woman's Race to Run and Conquer the World's Greatest Marathon

It’s 2004 and twentysomething Amy Noelle Roe is living by herself in Portland, Oregon, with few friends, little money, and no job. It’s not her year. With lots of free time on her hands, she remembers watching the Boston Marathon years ago and, inspired by that memory, decides to join a marathon training group, hoping that running 26.2 miles will give her something show for an otherwise entirely unproductive time in her life. A few months later, she crosses the finish line but is far from a Boston qualifying-time.

But Amy has caught the marathon bug, and is determined to qualify for Boston, even if it’s just as a squeaker, a runner who just manages a BQ time. Eleven marathons later, and Amy finally squeaks by, signing up for the 2011 Boston Marathon. She completes it, qualifying again for the following year, and then again for 2013, the fated year of the Boston Marathon Bombing. Due to an injury, Amy crosses the 2013 finish line in a little over four hours, minutes before the bombs goes off. Her world is forever changed as she is shaken to her core.
Becoming Boston Strong is Amy’s journey of falling in love with the Boston Marathon and its community, for better or for worse. It chronicles the ups and downs of her training, delving into the mystical appeal of the greatest marathon in the world and how it attracts those who return to it year after year.

Hilarious and heartfelt, Becoming Boston Strong is for every person who ever dreamed of belonging to something bigger than themselves.

Amy Noelle Roe: Amy Roe is an award-winning former newspaper editor and reporter. Her essay on "sweat-shaming" in the Guardian, went viral. That prompted the Washington Post and CBC Radio to interview her. The media company ATTN: produced a video based on her article. Currently the senior writer at the ACLU of Washington, Amy's essays on the role of civil liberties in everyday life have been featured on the national website of ACLU and in its social media. Amy's work has been published in over a dozen outlets nationwide. She lives and works in Seattle, Washington.