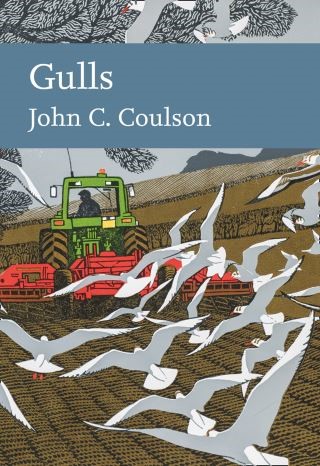 The gull is a familiar sight by the seaside, and one of the most recognisable bird species, but most people know surprisingly little about the lives and habits of these seafaring birds. John C. Coulson remedies this with a comprehensive overview of the gull.

There are more than 50 known species of gulls, and many of these are well-adapted to living in urban areas and in close proximity to humans. But there are also less familiar species to discover, which keep their distance from beachgoers. This long-overdue addition to the New Naturalist library explains the thorny issues of gull taxonomy and classification, then introduces readers to what it means to be a gull, physically and genetically. Chapters are divided by larger gull groups, and within these, distribution, lifecyles and behaviours are examined, as well as acclimation to the human world. Colour photography throughout offers ample opportunity to get a sense of the variation within the gull group, and makes this book a pleasure to look through.

Professor John C. Coulson has made outstanding contributions to the behavioural ecology of colonially breeding seabirds and our understanding of coloniality in birds. A former Reader in Zoology at the University of Durham, Coulson was awarded the Godman-Savin Medal by the British Ornithologists' Union in 1992.