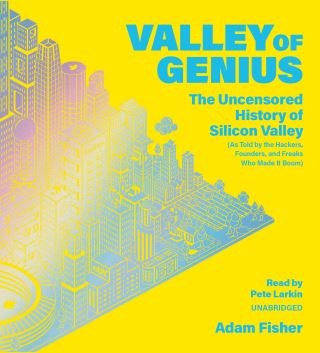 The Uncensored History of Silicon Valley (As Told by the Hackers, Founders, and Freaks Who Made It Boom)

"This is the most important book on Silicon Valley I've read in two decades. It will take us all back to our roots in the counterculture, and will remind us of the true nature of the innovation process, before we tried to tame it with slogans and buzzwords." -- Po Bronson, #1 New York Times bestselling author of The Nudist on the Late Shift and Nurtureshock
A candid, colorful, and comprehensive oral history that reveals the secrets of Silicon Valley -- from the origins of Apple and Atari to the present day clashes of Google and Facebook, and all the start-ups and disruptions that happened along the way.
Rarely has one economy asserted itself as swiftly--and as aggressively--as the entity we now know as Silicon Valley. Built with a seemingly permanent culture of reinvention, Silicon Valley does not fight change; it embraces it, and now powers the American economy and global innovation.

So how did this omnipotent and ever-morphing place come to be? It was not by planning. It was, like many an empire before it, part luck, part timing, and part ambition. And part pure, unbridled genius...

Drawing on over two hundred in-depth interviews, Valley of Genius takes readers from the dawn of the personal computer and the internet, through the heyday of the web, up to the very moment when our current technological reality was invented. It interweaves accounts of invention and betrayal, overnight success and underground exploits, to tell the story of Silicon Valley like it has never been told before. Read it to discover the stories that Valley insiders tell each other: the tall tales that are all, improbably, true.

Adam Fisher:
Adam Fisher grew up in Silicon Valley playing Atari, programming computers, and reading science fiction. He now lives on an island in the San Francisco Bay and writes overlooking the water for Wired, MIT Technology Review, and The New York Times Magazine. This is his first book.