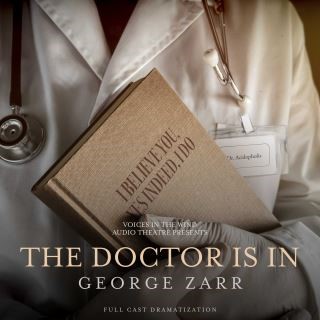 The Doctor is In

George Zarr is an award-winning writer, producer, director, and composer from Manhattan and currently based in Chicago. He is cowriter, producer, and director of the comedy series Visit New Grimston, Anyway and the international award-winning Little Chills mystery series. He recently wrote and produced the documentary Lincoln in Letters and Music and is the writer, director, and composer of the Hans Christian Anderson musical The Bell and the four-part comedy Hurry! Hurry! It’s Almost Christmas, both available from Blackstone Publishing.