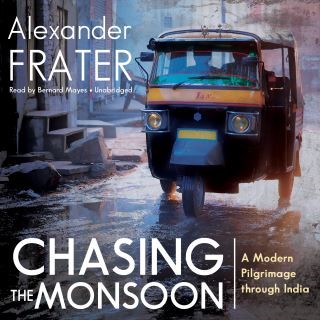 A Modern Pilgrimage through India

This is the inspiring story of how one man realized his dream of witnessing firsthand the most dramatic of meteorological events: the Indian monsoon.

Alexander Frater spent the first six years of his life on a South Pacific island, where his father, the only doctor within a thousand square miles, encouraged his fascination and respect for the volatile play of the elements. Frater brings this heritage to his observations on the monsoon, following it from its burst on the beaches of Trivandrum through Delhi and Calcutta, across Bangladesh, to its finale in the town of Cherrapunji, the "wettest place on earth." With exceptional sensitivity and wit, Frater uses fact, impression, and anecdote to vividly describe his own experience of the monsoon while also illustrating the towering influence of nature over the lives of Indians.

Alexander Frater is chief travel correspondent for the Observer in London and has written for the New Yorker, Punch, and others. He is also the author of numerous books, including Beyond the Blue Horizon.