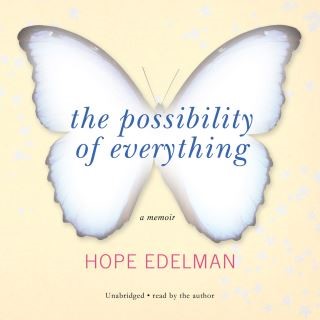 The Possibility of Everything

From the bestselling author of Motherless Daughters, here is the real-life story of one woman’s search for a cure to her family’s escalating troubles and the leap of faith that took her on a journey to an exotic place and a new state of mind.

In the autumn of 2000, Hope Edelman was a woman adrift, questioning her marriage, her profession, and her place in the larger world. Feeling vulnerable and isolated, she was primed for change. Into her stagnant routine dropped Dodo, her three-year-old daughter’s curiously disruptive imaginary friend. Confused and worried about how to handle Dodo’s apparent hold on Maya, this otherwise mainstream woman found herself making the extremely unorthodox choice to take their daughter to Belize in hopes that a shaman might help banish Dodo—and all he represented—from their lives.

The Possibility of Everything chronicles the magical week in Central America that transformed Edelman from a person whose past had led her to believe only in the visible and the “proven” to someone open to the idea of larger, unseen forces. This deeply affecting, beautifully written memoir of a family’s emotional journey explores what Edelman and her husband went looking for in the jungle and what they ultimately discovered—as parents, as spouses, and as ordinary people—about the things that possess and destroy us or that can heal us all.

Hope Edelman is the author of five nonfiction books, including the bestsellers Motherless Daughters and Motherless Mothers. A graduate of the University of Iowa’s Nonfiction Writing Program, she has published articles, essays, and reviews in numerous magazines and anthologies. She lives in Topanga, California, with her husband and two daughters.