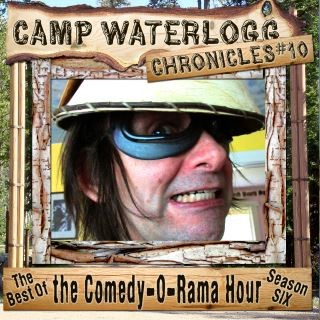 The Best of the Comedy-O-Rama Hour, Season 6

The Camp Waterlogg Chronicles 10 contains six one-hour segments of the comic misadventures of Sergeant Lefty, Olive Pitts, Ellis the Boatkeeper, Squeaky Lkie, Stinky Peter, Mrs. Terwilliger, and all the wacky denizens of Camp Waterlogg, the dilapidated camp for kids in the Catskills. The creation of husband and wife team Joe Bevilacqua (Joe Bev) and Lorie Kellogg, The Comedy-O-Rama Hour has evolved into a wacky mix of family friendly humor, radio theater, audio cartoons, and improvisation.