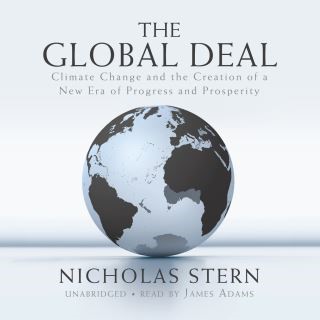 In 2005, economist Nicholas Stern was commissioned by the British government to direct the largest study ever conducted into the scientific reality of global warming. The Stern Report, which made headlines around the world, is far and away the deepest and most far-reaching exploration into the economic and ethical consequences of this crisis—and, in particular, into the solutions for it.

In The Global Deal, Stern has taken that comprehensive and detailed report and produced a concise, vivid book that makes this critical information accessible to all. By understanding the very real risks we run if we continue business as usual, and by working together to enact a new global deal, we can not only avert catastrophe, but create a safer, more sustainable and prosperous world in the process.