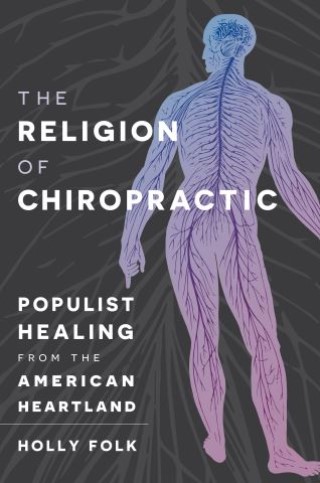 The Religion of Chiropractic

Populist Healing from the American Heartland

Chiropractic is by far the most common form of alternative medicine in the United States today, but its fascinating origins stretch back to the battles between science and religion in the nineteenth century. At the center of the story are chiropractic's colorful founders, D. D. Palmer and his son, B. J. Palmer, of Davenport, Iowa, where in 1897 they established the Palmer College of Chiropractic. Holly Folk shows how the Palmers' system depicted chiropractic as a conduit for both material and spiritualized versions of a "vital principle," reflecting popular contemporary therapies and nineteenth-century metaphysical beliefs, including the idea that the spine was home to occult forces.

The creation of chiropractic, and other Progressive-era versions of alternative medicine, happened at a time when the relationship between science and religion took on an urgent, increasingly competitive tinge. Many remarkable people, including the Palmers, undertook highly personal reinterpretations of their physical and spiritual worlds. In this context, Folk reframes alternative medicine and spirituality as a type of populist intellectual culture in which ideologies about the body comprise a highly appealing form of cultural resistance.