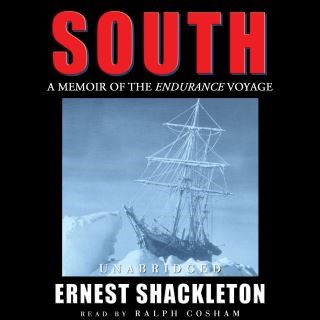 A Memoir of the Endurance Voyage

In 1911, veteran explorer Sir Ernest Shackleton set out to lead the first expedition across Antarctica, the last unknown continent. Instead, his ship, the Endurance, became locked in sea ice, and for nine months, Shackleton fought a losing battle with the elements before the drifting ship was crushed, marooning him and his crew.

This gripping first-hand account follows Shackleton and his men on their harrowing journey back to civilization: over 600 miles of unstable ice floes on foot, 850 miles of the worst seas in an open 22-foot boat, and then 20 miles of mountainous terrain to reach the nearest outpost of civilization.

Sir Ernest Shackleton (1874–1922) was an Irish polar explorer who led three British expeditions to the Antarctic in the early twentieth century. He was a junior officer under Robert Falcon Scott during the 1901–1904 expedition to the South Pole. His expedition on the whaler Nimrod in 1907 earned him a knighthood. He detailed his adventures aboard the Endurance during the Imperial Trans-Antarctic Expedition in 1914–1917 in the memoir South.

Ralph Cosham (1936-2014), a.k.a. Geoffrey Howard, was a British journalist who changed careers to become a narrator and screen and stage actor. He performed in more than one hundred professional theatrical roles, and several of his narrations were named "Audio Best of the Year" by Publishers Weekly. In 2013 he won the coveted Audie Award for his narration of Louise Penny's The Beautiful Mystery.